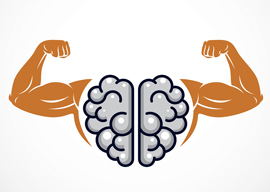 With the spectacular failure of clinical psychologist Dr. Prof. Christine Blasey Ford’s vague charges against Brett Kavanaugh to elicit any corroborating evidence, moral psychologist Jonathan Haidt’s new book about the apparent epidemic of politics-related mental illness that began around 2013, The Coddling of the American Mind, is exceptionally timely.

The spirit of the age cries out for tales of victimization, and, unsurprisingly, the supply has grown to meet the skyrocketing demand. What does it say about our culture that we just witnessed a professor of psychology be vastly praised for testifying to a purported chain of events without any additional evidence emerging that it wasn’t all just in her head?

Jonathan Haidt is also a professor of psychology, at NYU’s Stern business school. He’s best known for his 2012 best-seller The Righteous Mind.

Haidt joined up to write his new book with another old-fashioned liberal, Greg Lukianoff, head of the Foundation for Individual Rights in Education (FIRE), an NGO founded in 1999 to be a more principled and relevant updating of the ACLU.

Their new book is called The Coddling of the American Mind: How Good Intentions and Bad Ideas Are Setting Up a Generation for Failure. It’s a hybrid combining the kind of political books I’ve been reviewing lately, such as Francis Fukuyama’s Identity and Heather Mac Donald’s The Diversity Delusion, and a self-help guide for parents who don’t want their children to melt down over perceived microaggressions when they go off to college.

That college students suffer a lot of mental health troubles is not something that our research universities have been enthusiastic about researching.

Now, this campus plague appears to be getting worse, so it’s worth considering whether the increasingly crazed ideologies dominating campuses are exacerbating student melancholy. If our culture constantly tells young people that they are subliminally being hexed by sexism and racism, should it be a surprise if they plunge into despair like Haitians convinced they are the victims of voodoo?

(The authors, by the way, endorse cognitive behavioral therapy that works to replace self-destructive habits of mind with constructive ways of thinking.)

“Can a culture built on animus and lies build healthy self-confidence in youth?”

What doesn’t kill you makes you weaker.

Life is a battle between good people and evil people.

Amusingly, this helps explain why so many people found Blasey Ford’s allegations so convincing.

Today’s counter-Nietzschean conventional wisdom about how college students must have their entire campus be a safe space to protect them from the verbal violence of, say, Heather Mac Donald or else their lives will be ruined forever echoes Blasey Ford’s contention that she was made permanently weaker by being pawed by a cute boy at some uncertain time and place.

That Blasey Ford has enjoyed a fairly kick-ass life combining surfing, perhaps the most superbly addictive of hobbies, with a modest degree of professional success is irrelevant because of Rule 2: Always trust your feelings. If the menopausal Blasey Ford (age 51) feels, at this moment, as if the Republican Supreme Court nominee must pay for her life being devastated, as she feels it was (no matter how much surfing in Tahiti she has squeezed in), then he must. Requiring evidence in support of accusations is the outdated bigotry of dead white males.

Finally, all this makes more sense as long as you keep in mind that Life is a battle between good people and evil people. Blasey Ford is good and Kavanaugh is bad, and what more do you need to know?

But how can you tell who are the good people and who are the evil people? Well, just look for, say, white privilege. Brett Kavanaugh is white, he went to an expensive prep school, and his father belonged to a country club, so you know he is bad.

Admittedly, Christine Blasey went to an even more expensive prep school and her father was president of Burning Tree golf club, where numerous presidents have been members.

But the Theory of Intersectionality explains that some types of people, such as women, are just morally more deserving than other types of people, such as men. Exactly which flavor of person is at the tippy-top of the intersectional totem pole is not a subject that the Democratic coalition can afford to discuss if it hopes to hold together. But at least all Democrats can be urged to come together in hating the cishet white male common enemy at the bottom.

Anyway, if you are still confused, just remember that good people punch up, not down. So just look for who is being punched and, by definition, they are on top and therefore they are a bad person who deserves being punched.

But are these popular theories conducive to human happiness? For example, comedy is increasingly coming under suspicion as undermining the dogmas of diversity. But is a world in which humor is no laughing matter one that is good for mental health?

A question that Haidt and Lukianoff don’t quite articulate is whether the fear is related to the loathing. Is the current level of hatred for white people that is regularly expressed in the prestige press and in academia good for the souls of either the haters or the hated? Can a culture built on animus and lies build healthy self-confidence in youth?

A remarkable fraction of current articles in The New York Times and The New Yorker include testimony that the author feels emotionally traumatized, which is stereotypically attributed to the malevolence of Donald Trump. But the evidence in The Coddling of the American Mind points to the second Obama administration as being the era when the national nervous breakdown began.

The authors cite alarming evidence of a recent increase in emotional problems. For example, the percentage of college students who said they suffered from a “psychological disorder” increased among males from 2.7 percent in 2012 to 6.1 percent by 2016 (a 126 percent increase). Over the same four years, the percentage of coeds who saw themselves as psychologically afflicted rose from 5.8 percent to 14.5 percent (150 percent growth).

Haidt and Lukianoff are somewhat impressed by the data assembled in psychologist Jean M. Twenge’s new book iGen: Why Today’s Super-Connected Kids Are Growing Up Less Rebellious, More Tolerant, Less Happy—and Completely Unprepared for Adulthood. Twenge theorizes that the rise of smartphones and social media from 2007 onward has made the teenage years a living hell of status anxiety and call-out culture for kids born from 1995 onward. She calls this postmillennial generation “iGen.”

I find Twenge’s research interesting; but keep in mind that psychology has suffered a replication crisis (in part because psychology is pseudoscientific enough to tolerate a lot of sloppy work but also, unlike the newer “grievance studies” that were recently hoaxed, scientific enough to feel bad about it). So, I’d like to see Twenge’s claim of a sharp generational break between those born in the early ’90s versus the late ’90s exposed to more critical examination.

Haidt and Lukianoff aren’t wholly persuaded by Twenge blaming the smartphone, but they theorize that the arrival of iGen on college campuses in 2013 drove administrators into their misguided new ideology of “safetyism.”

As the authors admit, it’s not fair to describe today’s young people as “coddled.” (Presumably, their title The Coddling of the American Mind was chosen to alliteratively recall philosopher Allan Bloom’s surprise 1987 best-seller The Closing of the American Mind.) On average, kids these days grew up filling in more worksheets and raising less hell than previous generations.

But, as the authors emphasize, they were raised with a greater emphasis on physical safety (e.g., backyards now have fewer trampolines and diving boards).

Still, how the rise in helmet wearing translates into, say, Prof. Eric Clanton bashing Trump supporters on the head with his bike lock is less than transparent. And why these gradual changes in child-rearing over the decades would suddenly lead to an outbreak of collegiate hysteria in 2013 is opaque.

Likewise, all the hubbub about safety fears over free speech seems less like genuine worry than like a feminized version of turf marking to justify demeaning rivals.

I suspect, instead, that the most important difference on campus between 2012 and 2013 was that in 2013 the Obama administration no longer had to worry about reelection and thus didn’t have to continue to put up a moderate front. As I had predicted in my 2008 book America’s Half-Blood Prince, in their second term the future was now for the Obamaites, and it was time to get while the getting was good.

Some outbursts of campus activism might be genuinely bottom-up, but the mania we saw during the second Obama administration is more reminiscent of Chairman Mao’s top-down Cultural Revolution.

Haidt and Lukianoff report on one example of how the White House helped unleash the demons lurking within diversity worship:

In 2013, the Departments of Education and Justice issued a sweeping new definition of harassment…. By eliminating the reasonable person standard, harassment was left to be defined by the self-reported subjective experience of every member of the university community. It was, in effect, emotional reasoning turned into federal regulation.

We must believe the woman, even if, in the case of Blasey Ford, those who know her best don’t seem to believe her.

The authors point out that one big difference in the new morality of implicit bias is that sinners don’t even have to want to commit a sin:

…intent is not even necessary. If a member of an identity group feels offended or oppressed by the action of another person, then according to the impact-versus-intent paradigm, that other person is guilty of an act of bigotry.

They go on to compare the current hysteria to the Salem witch trials.

But I would suggest that a more relevant comparison during our Diversity Age might be to African fears of witchcraft. As the late anthropologist Henry Harpending noted during his years of research in Africa, a big difference between traditional European and contemporary African conceptions of witchcraft is that in Africa intent is not required to hex victims, just bad feelings toward them.

Emotions get projected over vast distances, so beware.

Indeed, the current concepts of “systemic racism” and “implicit bias,” as promulgated on campuses by African-American Studies departments, sound an awful lot like African tribal notions of witchcraft. In Africa, for example, white privilege protects whites from racism witchcraft. Educated Herero in Namibia explained to Harpending:

Even more interesting to us was the universal understanding that white people were not vulnerable to witchcraft and could neither feel it nor understand it. White people literally lack a crucial sense, or part of the brain. An upside, I was told, was that we did not face the dangers that locals faced. On the other hand our bad feelings could be projected so as good citizens we had to monitor carefully our own “hearts.”

A colleague pointed out a few weeks ago, after hearing this story, that if [this conception of witchcraft] is nearly pan-African then perhaps some of it came to the New World. Prominent and not so prominent talkers from the American Black population come out with similar theories of vague and invisible forces that are oppressing people, like “institutional racism” and “white privilege.”

Does this sound increasingly familiar?

The main solution among Africans for the evils of witchcraft is to pay money to witch doctors to protect them, rather as campus diversicrats are always ready to collect sizable checks to fight the curse of subliminal racism and sexism for you.