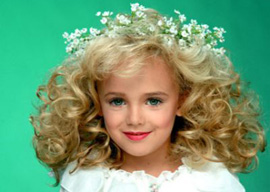 Bill James, the baseball statistics analyst who has been one of the most revolutionary influences upon American sport and thought over the last generation, has now published a non-baseball book, Popular Crime: Reflections on the Celebration of Violence, which grows out of his decades-long fascination with true-crime books.

James summarizes scores of notorious killings from Lizzie Borden through JonBenét Ramsey. Did Bruno Hauptmann really kidnap Charles Lindbergh’s baby in 1932? James says the evidence of his guilt is overwhelming. What about Dr. Sam Sheppard, whose controversial 1954 murder trial inspired The Fugitive? Guilty, although not as charged; James figures he hired a hit man to kill his wife. What about O. J.? Oh, c’mon.…

“If you assume there are always serial killers around, then otherwise purposeless murders can be explained—or, perhaps, explained away.”

How about Albert DeSalvo, a mental patient who claimed to be the Boston Strangler as part of a complicated strategy his ambitious attorney F. Lee Bailey devised? James doesn’t believe the rapist was the killer, but then he figures that there wasn’t a Boston Strangler. Instead, he speculates there were multiple serial killers on the loose. The only original research that James, Senior Baseball Operations Advisor for the Boston Red Sox since 2002, has done is ride the “T” subway and notice that the stranglings were convenient to transit stops, while DeSalvo’s claim to have driven to all his murders founders on the Boston parking shortage.

James emphasizes that the police traditionally rejected the very idea of a random killer. Not until the immense outcry over Ted Bundy, who murdered at least 30 pretty coeds in the 1970s, did police wisdom finally come around to the public’s view that there were sometimes devils on the prowl. Like innumerate baseball managers who assumed the sacrifice bunt was a smarter strategy than swinging for the fences like fans wanted, cops had always known that victims knew their killers.

Indeed, some unsolved historic murders might be attributable to unrecognized serial killers. Maybe there were fewer—but far more brutal—killers than authorities had imagined. For example, Popular Crime upholds the innocence of the Massachusetts spinster who was accused (and acquitted) in 1892 of the charge that “Lizzie Borden took an ax/And gave her mother forty whacks.” But no alternative suspect was ever charged. If you assume there are always serial killers around, then otherwise purposeless murders can be explained—or, perhaps, explained away.