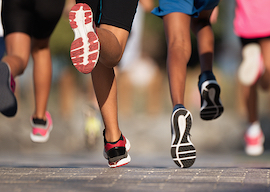 The term “Gell-Mann Amnesia effect” was coined by the late novelist Michael Crichton (Jurassic Park) in honor of the famous physicist who died last month. Murray Gell-Mann had pointed out to Crichton that he had noticed that journalists aren’t very accurate at writing about his own specialty, physics, nor about Crichton’s, showbiz, so why do we trust them to write reliably about everything else?

I was reminded of the Gell-Mann effect when reading British journalist Angela Saini’s much celebrated new book, Superior: The Return of Race Science.

In Saini’s sprawling conspiracy theory about the malign forces that inspire evil scientists to keep on noticing differences between human groups despite seventy years of politically correct censorship, I am cast as a villain, along with, among others, polymath Francis Galton, psychometrician Arthur Jensen, geneticist James D. Watson, rock singer Morrissey, Harvard geneticist David Reich, and even Albert Einstein. (That lineup makes me feel like the batboy on the 1927 Yankees: honored just to be on the same field.)

Saini gets her story about me so wrong that’s it’s hard to have much confidence in the rest of her book.

Saini, a pleasant-looking lady who is part of a London media “power couple” with her BBC editor husband Mukul Devichand, is a true believer in today’s low-to-middlebrow dogma that race-does-not-exist.

Her style of science denialism is a growing force in this century’s culture, as the DNA evidence continues to pile up, embarrassing her resentful emotions. For instance, she laments:

Ancestry testing has taken the work of well-meaning scientists who only tried to do good in the world and inadvertently has helped reinforce the idea that race is real.

“Saini gets her story about me so wrong that’s it’s hard to have much confidence in the rest of her book.”

(For another dissenting critique of Superior, here is James Thompson’s.)

In her chapter “Human Biodiversity: How race was rebranded for the twenty-first century,” Saini reports that I, personally, facilitated the return to influence of nefarious “race science” by starting a sinister email list in 1998. (Actually, it was in 1999.)

Her source is Jonathan Marks, whom she describes as “a genial, generous professor of anthropology at the University of North Carolina, Charlotte.” I’ve been a fan of Jon for over twenty years, but this may be the first time I’ve heard him described as “genial.” In reality, Dr. Marks has the classic Angry Leftist Radical personality of the more famous Dr. Marx (a comparison I suspect he would find pleasing).

Saini’s story begins with Marks getting an email from:

…a little-known science journalist and former writer for the conservative ‘National Review,’ Steve Sailer. The invitation was for Marks to join a mailing list of people interested in the subject of human variation. “I knew absolutely nothing about him,” Marks recalls. “He just seemed to be someone who was organizing something.… It seemed pretty straightforward and harmless.” So he signed up.

Saini says, with justification, “By the summer of 1999, Sailer’s roster of members was astounding.” Like the CIA, I can neither confirm nor deny the membership of any individuals in any email group I’ve ever organized without their personal consent. That would be in bad taste.

Because Dr. Marks has decided to snitch, however, I shall assume he has consented.

According to Saini’s version, like Captain Renault in Casablanca discovering that gambling was going on at Rick’s, Marks was shocked, shocked to discover that the discussing of race was going on in a Human Biodiversity email group.

It dawned on Marks that Sailer’s seemingly innocent email list was not so much a way to discuss science in an objective way but more about tying together fresh science and economics with existing racial stereotypes. One debate that sticks in Marks’s mind today, for instance, took place between him and a journalist who claimed that black people were genetically endowed to be better at sports. Marks insisted that this was a scientifically shaky argument, not to mention one with dangerous political implications. The two experts clearly disagreed. But rather than help reach a consensus, “Steve Sailer clearly took his side,” he tells me. “At which point I realized, ‘Ah! This isn’t an impartial scholarly discussion.’”

Dr. Marks implies that he didn’t become aware of the shocking fact that he and I don’t agree all that much on important empirical and epistemological questions until after he’d joined my seemingly “harmless” email group.

But my recollection is that the two of us had carried on a frank and spirited correspondence for quite some time before I started my email group in 1999. As I blogged in 2010, in the later 1990s:

I came up with the term “human biodiversity” to describe my chief intellectual interest. I modeled the term on Edward O. Wilson’s coinage “biodiversity.” I then looked to see in the first web search engine, Alta Vista, if the term had ever been used before. I quickly found Marks’s 1995 book ‘Human Biodiversity: Genes, Race, and History.’ I bought it and read it and then exchanged several emails with Marks over it. At one point, he and I agreed to approach magazines to see if they would like to publish a debate between Marks and myself over the reality of race, although enthusiasm on the part of editors turned out to be mild, to say the least.

It’s unlikely that Dr. Marks was surprised that I didn’t agree with him; after all, we’d been emailing each other from well before I formed my email group in early 1999. I see from Amazon.com that I bought his Human Biodiversity book on March 7, 1998, so we likely argued one-on-one in the second half of 1998.

What’s more likely is that Jon was surprised the distinguished audience didn’t much agree with him. It’s only natural that Dr. Marks would like to both dish dirt and avoid blame for his membership in an email group that leaned toward the heretical. So it’s understandable that he excuses himself as having been duped into participating. Moreover, he reassures his ego that the reason his self-evidently correct arguments about race and sports were not greeted with the universal acclaim they deserved by the impressive audience was that I used reprehensible trickery.

In any case, vastly more important than what happened in private email arguments over race and sports in 1999 is what has happened in public since then.

For example, back then, in the Olympic men’s 100-meter dash, the race to determine the World’s Fastest Man, in 1999 the last 32 finalists, going back to the 1984 Olympics, had been at least half sub-Saharan black.

Today, however, the last 72 finalists in the 100-meter dash have been at least half black. Five more Olympics have gone by without a single nonblack qualifying for the eight-man finals.

Similarly, in 1999 there were only a few nonblack cornerbacks starting in the NFL, such as Jason Sehorn. Today, all starting corners for the last fifteen NFL seasons have been black.

If science, in the Popperian view, is about making predictions, whose predictions have turned out to be more correct?

Saini also goes to interview David Reich, who runs the world’s most productive lab for sequencing ancient DNA. (Reich’s 2018 book Who We Are and How We Got Here is so informative that I wrote three reviews of it: Intro, China vs. India, and Africa.)

Initially, Saini is wowed by Reich’s prestige and his polished lines about the ubiquity of ancient “migrations” (a euphemism for invasions, conquests, enslavements, epidemics, and slaughters):

What we think of as “indigenous” Europeans are, Reich and other scientists now understand, the product of a number of migrations over the past fifteen thousand years, including from what is now called the Middle East.

Saini takes everything personally in that girly style that predominates in 2019, gushing:

This is the book I have wanted to write since I was a child, and I have poured my soul into it.

As a loyal Indian racialist (her first book was Geek Nation: How Indian Science Is Taking Over the World), she has an obsession with finding sciencey-sounding arguments that her people have just as much right to move to England as the native English have to live there. Hence, she is much cheered by Reich’s finding that the Battle-Axe Culture steppe invaders exterminated most of the population of England about 4,500 years ago:

When considered from the perspective of the deep past, race, nationality, and ethnicity are not what we imagine them to be. They are ephemeral, real only to the extent that we have made them feel real by living in the cultures we do, with the politics we have.

If skin color and genetic purity can’t be a measure of ethnic identity, because Britons have changed on both these counts over the millennia, then there’s nothing to prevent anyone from anywhere from earning citizenship and becoming truly British….

Well, there is the law. But the law didn’t stop the Proto-Indo-Europeans (i.e., Aryans) from conquering Western Europe 4,500 years ago, so why should it stop anybody from doing it again today?

But then Reich goes on to blaspheme against her race-is-just-a-social-construct creed:

At the same time [Reich] thinks some categories may have more biological meaning to them. Black Americans are mostly West African in ancestry and white Americans tend to be European, both correlating to genuine population groups that were once separated at least partially for seventy thousand years in human history….

He suggests that there may be more than superficial average differences between black and white Americans, possibly even cognitive and psychological ones, because before they arrived in the United States, these population groups had this seventy thousand years apart during which they adapted to their own different environments.

Reich implies that natural selection may have acted on them differently within this timescale to produce changes that go further than skin deep. He adds, judiciously, that he doesn’t think these differences will be large—only a fraction as big as the variation between individuals, just as biologist Richard Lewontin estimated in 1972. But he doesn’t expect them to be nonexistent either: as individuals we are so very different from one another that even a fraction of a difference between groups is something.

The scientist’s sacrilege causes the scandalized journalist to harrumph:

They are words I never expected to hear from a respected mainstream geneticist.