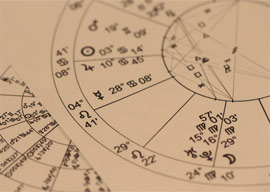 As someone who was born at the tail end of the “Baby Boom” (1946-1964), I can say with good faith that I never voted to drive up the deficit, to flood the country with illegals, to outsource the good jobs overseas, or to encourage the current climate of rabid anti-white hatred. I never had the slightest bit of influence over what our media and educational system have become. In fact, I’ve vocally opposed all of these things throughout my adulthood.

Still, I get blamed for it all merely due to the date of my birth. If I’m trying to make any sort of point online, a subsect of people tend to think that “Shut the fuck up, Boomer!” serves as an effective argumentative retort. Even if I say that it’s 72 degrees today and offer evidence that it’s actually 72 degrees, they’ll say, “Peak Boomer logic.”

It’s the far-right version of holding up your palm and saying, “You don’t get to speak because you’re a white male,” then pretending that’s a sufficient retort.

When the hell did this psychosis start? Has it been happening for a while and I just didn’t realize it? I can’t ever remember taking a generational analysis in any of my writing, but somehow I’ve been ensnared in an ongoing online blood battle between millennials and baby Boomers.

According to the memes, I’ve had it pretty easy. Apparently I bought a house in my 20s with only a 9-to-5 job that didn’t require a bachelor’s degree, yet I grouse about how “kids these days have it easy.”

“Generational Astrology is roughly about 240 times dumber than regular astrology, because it attempts to argue that everyone born during the same 20-year period will share the same character traits.”

Still, if I try to sincerely express an opinion about, oh, how I find the modern Traditionalist Catholic live action role-playing among segments of the Alt-Right to be supremely silly, I am told that I am simply acting like a typical Boomer.

Astrology is idiotic because it presumes, with zero evidence, that everyone born during the same month-long period will share the same character traits.

Generational Astrology is roughly about 240 times dumber than regular astrology, because it attempts to argue that everyone born during the same 20-year period will share the same character traits.

It’s dumb, and I have a problem with dumb.

Certain younger members of the Alt-Right appear to think that their generation is somehow less liberal than the Boomers. Living in an echo chamber of 100 online friends, all whom ask the “JQ” and hate “degeneracy,” they appear to be deluded that is how all 20-year olds think, not realizing that if you can really determine political leanings via polls, younger people are far more sold out to Cultural Marxism than any Boomer or GenXer you should shake a Shame Stick at.

The stupidity was upped a few notches back in May when some clueless obese chameleon attempted to analyze my “In Defense of Degeneracy” article by claiming that I was simply acting like a typical ironic and nihilistic GenXer—he couldn’t even get my generation right, yet he based his entire critique on that false premise.

He’s one of these people who makes a point of always referring to himself as a “journalist”—perhaps you’ve encountered them. From experience, they are all ideologues rather than journalists, and they always get the facts wrong. All I’ll ever do is say that I was trained in journalism and attempt to stick by its rules, which is why I nearly always get the facts correct. To me, it has always sounded pretentious to call yourself a journalist—that, plus the fact that nearly every mainstream “journalist” today disgraces the profession with their screaming bias.

To blame a generation for what their leaders foisted upon them is likewise naive. I hate to get all generational, but one has to be quite young to believe you have much of an influence on anything.

Even the oldest Baby Boomer was too young to have voted in any of the politicians who voted in 1965’s Immigration and Naturalization Act. Here’s how Ted Kennedy sold the bill to the public:

First, our cities will not be flooded with a million immigrants annually. Under the proposed bill, the present level of immigration remains substantially the same … Secondly, the ethnic mix of this country will not be upset….

So either he lied, or he was wrong. But even though no Boomers voted on that bill, and even though voters weren’t delivered what they were promised, it is Boomers, rather than the government, that gets blamed for the current multi-culti quagmire.

Back in the 1970s, this thing called “ageism” was considered a New Sin just like racism and sexism and homophobia. There were even groups such as the Grey Panthers, who fought for the rights of the elderly. After all, like one’s race, one’s age is an “innate” characteristic over which one has no control.

The sin of ageism has been removed from not only the leftist plank, but from the entire political spectrum. Among the young, it’s not considered rude to fling hatred at those older than them; it’s considered righteous.

A few years ago, two in-laws of mine decided to take their Social Security benefits at age 62 rather than 67. If they’d waited another five years, their monthly checks would have been about two and a half times bigger. But neither one of them felt secure enough that the government would have any money left to give out Social Security checks in five years.

The national debt is currently over $21 trillion. As ghastly as that figure is, it doesn’t count all the “unfunded liabilities” involving Social Security and Medicare. That stands at around $210 trillion, and it is mathematically impossible for the government to ever make good on its promises to return some of the money they forced people to pay in Social Security benefits.

Instead, rabid anti-Boomers joke about the “day of the pillow,” when aging Boomers in nursing homes get smothered to death by sadistic black nurses because the Boomers somehow conspired to drive up the debt, destroy the future, and allow for multiculturalism to flower.

This is why I suspect that it may be politicians who are covertly stirring up intergenerational animosity. Keep ‘em at each other’s throats rather than focused on those who are truly to blame.

It’s sick and dishonest, but it appears to be working. My advice to all generations: Get angrier with your politicians.