Golfing With the Fishes 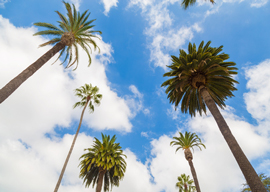 Malcolm Gladwell published in The New Yorker a long essay, “The Crooked Ladder: The Gangster’s Guide to Upward Mobility,” on how black drug dealers today are just like Italian mafiosi, and their descendants would become upper-middle-class professionals too if it weren”t for so much law enforcement.

This idea isn”t original to Gladwell: it was a popular conceit of 1960s intellectuals and 1970s Blaxploitation movies. But who can remember the past?

In responding to Gladwell, I remarked in passing that one reason Los Angeles soared economically in the 1960s and 1970s relative to faltering Eastern cities like New York was that organized crime added less to the cost of doing business in Southern California. But my generalization reminds me of a highly visible mobbed-up fiasco that unfolded in front of my young eyes: the colossal hole in the ground that was going to be the Beverly Hills Country Club.

You might think there would be an expensive golf course called the Beverly Hills CC, but there isn”t, and there’s quite a story behind why it doesn”t exist. I”m not sure exactly what it all portends, but it ties into an amusing number of my obsessions, such as inequality, SoCal nostalgia, corruption, and golf course architecture.

“You might think there would be an expensive golf course called the Beverly Hills CC, but there isn”t, and there’s quite a story behind why it doesn”t exist.”

When I was a little kid in the late 1960s in the San Fernando Valley, my father and I would go hiking in the Hollywood Hills. We noticed a vast scar emerging in the mountains south of Mulholland Drive as bulldozers shoved ridges into canyons to provide some non-precipitous terrain. The cubic volume of dirt moved was supposedly equal to one-third of the Panama Canal.

This was to be the Beverly Hills Country Club, a 330-acre, $23 million development fronted by movie, TV, and singing star Dean Martin, who was estimated as making $15 million per year by the late 1960s (not adjusted for inflation).

Today, the intended site of the Beverly Hills CC is the gated community of Beverly Park, home to Sly Stallone, Samuel L. Jackson, and Barry Bonds. Eddie Murphy has a 45,000-square-foot house and Mark Wahlberg just built a 34,000-footer. However, movie stars and athletes aren”t the truly rich anymore by Beverly Hills standards, at least not rich enough to afford more than a couple of acres of the Hollywood Hills to go along with their gargantuan houses.

The grand old Sunset Boulevard estates of the 1920s with sprawling lawns commensurate with their huge houses are typically out of the price range of today’s celebrities, very few of whom are in the Forbes 400. So the stars” new mansions in Beverly Park are crammed next to each other, with lawns that a partner in a Topeka accounting firm would consider confining. The New York Times sniffed:

In an age of gilded real estate excess, massive homes are nothing new. Still, the scale of Beverly Park is striking, with one palacelike home next to another like a billionaires” Levittown. East Coast visitors often react with wonder-cum-horror at the neighborhood, while even in Hollywood’s monied upper echelons, some consider Beverly Park to be too much.

Yet it took until the later 1980s for anything to get built on this wildly valuable site.

By 1970 my father and I noticed that after much frenetic excavating, the vast construction site had gone dormant. Into the mid-1980s, we would peer down at the dirt from Mulholland Drive, but nothing ever changed besides the sprouting and withering of the weeds.

Golf club construction in the Los Angeles area had flourished in the boom years before the stock market crash of 1929. But many courses, such as the Hollywood Country Club at Coldwater Canyon and Ventura in the San Fernando Valley, went fallow during the Depression and then were subdivided during the housing hunger after the war.

The three best surviving Westside golf courses were Los Angeles CC, Riviera, and Bel-Air. LACC shunned entertainment industry figures. (Actor Randolph Scott was allowed in only after he proved that he”d made a second fortune as an investor). Riviera was open to wealthy sportsmen but didn”t seem all that clubby. Bel-Air got the reputation of being the Hollywood club with the most fun (or least obnoxious) set of members”the late James Garner was the beau ideal of Bel-Air golfers”which they guarded by keeping out most of the jerks in the industry.

Of course, that meant there was a lot of unmet demand, so the Beverly Hills Country Club seemed like a sure thing. Dean Martin’s pitch letter to potential members emphasized equal opportunity: “The best way for a golf-crazy Italian street-singer to become President of a country club is to start one of his own.” Beverly Hills CC would be open to everyone, “white, Negro, Catholic, Jew, Italian …”

The Beverly Hills CC project promised to be the summit of reigning champion golf course architect Robert Trent Jones” career. (Here’s a Life promotional picture of RTJ Senior and Junior posing in front of the earthmovers with a scale model of the course.)

Jones was the highest-paid golf course designer in the world, but his modernistic courses were cost-cutting and repetitious relative to the grand designs of the 1920s, golf’s equivalent of the new United Nations Headquarters versus the old Chrysler Building.

Jones” courses were as prestigious in the 1950s and 1960s as Bauhaus skyscrapers, but he knew the postwar taste for rationalized, streamlined designs wouldn”t last forever. Finally, though, the Beverly Hills CC afforded Jones the budget to match the great courses of the pre-stock market crash era, when a few robber barons could get together to build extravagant designs like the National, Oakmont, Pine Valley, or nearby Bel-Air, a jaw-dropping canyon layout in which you get from the 5th to the 6th hole by walking through a tunnel under the mountain on which Nancy Reagan lives.

But though front man Martin was earning a lot even by 2014 standards, in the high-marginal tax rate 1960s there weren”t that many concentrations of private wealth at hand. This was true even in Beverly Hills, which was by far the highest income census tract in the country in the 1960s, according to Charles Murray’s book Coming Apart.