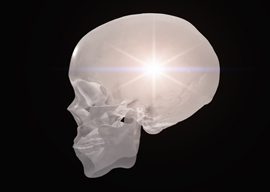 No journalist this century has played a more persistent role in forging a new conventional wisdom on education than Paul Tough, long of The New York Times Magazine. Tough has threaded the needle between the inanity of Great Society theorizing and getting himself Watsoned, as happened to DNA pioneer James D. Watson in 2007 when he said the gap in average IQ between whites and blacks was unlikely to be closed.

In the new conventional wisdom that Tough has helped shape, the critical years are no longer the school days when children can be tested. Instead, the gap has to be rooted in youngest childhood. Maybe the key moment is even prenatal”but it’s definitely not nine months prenatal. Don”t Watson me, bro!

Lately, Tough has followed the lead of his social-science mentor James Heckman, the great University of Chicago statistician who won the quasi-Nobel in Economics in 2000 by more or less giving up trying to disprove The Bell Curve.

“A rule of thumb regarding male intellectuals is that the more experience they have with their own children, the less confidence they have in their theories.”

Instead, in his current bestseller, How Children Succeed: Grit, Curiosity, and the Hidden Power of Character, Tough fleshes out Heckman’s recent argument that education should be focused less on raising IQ and more on building moral fiber. For example, the psychological trait of “conscientiousness” correlates with good outcomes in life. So society should try to inculcate conscientiousness in the poor.

It’s hard to argue with this. Indeed, nobody does.

One way that American intellectuals could model good character would be to publicly apologize to Charles Murray for all the terrible things they said about him over the years.

It’s not as if much has emerged over the last 18 years to prove him wrong. Heckman’s seminal 2008 paper “The Economics and Psychology of Personality Traits“ deals with IQ’s intractable economic importance:

…IQ surpasses any single Big Five personality factor in the prediction of the two academic outcomes, college grades (r = .45) and years of education (r = .55). Big Five conscientiousness is by far the best personality predictor of grades (r = .22)….Conscientiousness predicts job performance (r = .13; corrected r = .22) better than does any other Big Five factor, but not as well as IQ does (r = .21; corrected r = .55). The importance of IQ increases with job complexity, defined as the information processing requirements of the job: cognitive skills are more important for professors, scientists, and senior managers than for semiskilled or unskilled laborers….In contrast, the importance of conscientiousness does not vary much with job complexity….

We”ve seen countless books over the millennium, from The Bell Curve to The Boy Scout Handbook to The Holy Bible, that offer advice on character building. So it’s not particularly clear what Tough has new to offer other than the latest brain science jargon such as “hypothalamic-pituitary-adrenal.”

It’s a strange totem of the 21st century that if a brain scan can show us where something would happen inside the skull, we can therefore make it happen in ourselves; and also, hesto presto, we can fix African-American dysfunction by somehow making it happen in their brains.