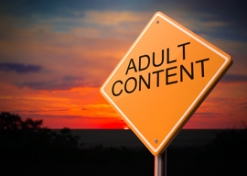 When A-list Hollywood director James Gunn got fired last month due to an alt-right (some say “alt-light”…I’ve learned that certain trolls get steamed if you don’t recognize the distinction) campaign to embarrass Disney with decades-old pedophilia jokes, a lot of prominent (and respectable) rightists were beaming. “This is how we’ll stop censorship against us on social media! Now that we’ve taken out one of theirs, they’ll think twice about ever coming after one of ours again!”

How’d that work out, geniuses? In the weeks since the Gunn firing, the deplatforming of people on the right has gone into hyperdrive. Gavin McInnes? Gone. Proud Boys? Gone. Candace Owens? Gone (then restored after an outcry). Republican congressmen, the Republican Party chair, and Donald Trump Jr.’s spokesperson removed from Twitter search results (Laura Loomer, Gateway Pundit, and Stefan Molyneux have been similarly “filtered”). And, of course, Alex Jones was booted from every platform except Twitter. Granted, Jones doesn’t fit the traditional model of left/right; he’s his own nutty thing. But it’s important to note that Facebook and YouTube banned him not for his lunatic conspiracy theories, but rather for using “dehumanizing language” against Muslims and trannies…language like what I just used, language that a lot of people on the right use.

The leftist censors are feeling so empowered right now, they’re brazenly announcing their next round of targets.

I think it’s safe to say that the “James Gunn’s firing will ‘eye for an eye’ the left into de-escalation” theory has been debunked. So why did so many otherwise intelligent people support such a foolish notion? Townhall’s Kurt Schlichter, a man I respect, a man I knew during my Republican Party Animal days, assured his readers that as long as the right “fights back” and “deals the pain” by taking “two of them” for every one of us they silence, it will “deter them” and they’ll stop “taking scalps.”

“Your best case is we all go down. Mutually assured destruction works, but it only works if it’s mutual. So, we shouldn’t stop. We should ramp it up.”

This is the toxic by-product of Andrew Breitbart’s legacy. Everything is #WAR! LARP like you’re on a battlefield (and considering that Schlichter has donned an actual uniform and served his country honorably in real combat zones, such cosplay is beneath him). For the record, in his book Hollywood, Interrupted, Breitbart expressly defended comedian Andrew Dice Clay when he was protested by feminists for making pedo jokes. I asked Breitbart’s coauthor on that book, Mark Ebner, if he thinks Breitbart would have approved of Gunn’s firing. “Andrew was one of the most politically incorrect men I have ever known,” Ebner replied, adding that Breitbart “would have been disgusted” by those who invoke his legacy to get people fired for speech.

The “scalp for a scalp” theory failed due to a profound misunderstanding of the left’s mindset. Above all else, the left wants speech regulation. Nothing is more important. Everything the left wants to ban, from guns to border control to proper pronouns to legitimate gender science, starts with silencing the opposition. The left wants speech regulation so badly, it’s totally willing to sacrifice some of its own speech if necessary. Writing about the Gunn affair in the Daily Caller, Scott Greer commented, “Leftists do not care for free speech. They only believe their side should be exempt from the consequences of the anti-speech world they created.” Nonsense. Leftists police their own speech, too. Leftists are scared to death of inadvertently saying something “racist” or “sexist” or “transphobic.” The demon-haunted mind of the modern leftist is always censoring itself, and leftists are constantly being censored by other leftists. Have you been in a room full of young leftists recently? I have. They’re petrified of saying the wrong thing. Leftists don’t want the “right” to say “nigger” or “tranny.” Leftists are Br’er Rabbit, and censorship is their briar patch. You think you’re punishing them by tossing ’em in, but whereas to you it’s a prickly nightmare, to them, it’s where they were “born ’n’ raised.”

Sarah Silverman, Jimmy Kimmel, Amy Schumer…did they fight for the right to continue telling the race- and gender-based jokes that made them famous? Of course not. As leftists, they agree that some hurty speech needs to be suppressed, so they happily denounced their old work.

Free speech matters to us. It doesn’t matter to them. Because their side doesn’t need it. On social matters, the right represents normal: There are two genders. A man in a dress is not a woman. Whites are not evil, and all whites are not “privileged.” Many women actually like being moms and wives. The left, which represents a forced remaking of normal, gets what it wants by government intrusion. Affirmative action, forced busing, Title IX, Title X, “trannies in the ladies’ room” laws, “antidiscrimination” laws, etc. We’re the ones who need the social-media platform, because we’re the people who don’t have the “mainstream” media and the D.C. establishment as our front men. So go ahead, deplatform leftists as they deplatform us. It won’t inhibit them. They have an entire party of activist politicians (and many in the opposing party, too) and the “mainstream” press on their side. They don’t need social media. Whereas for us, social media was a last gasp, a final chance to be heard. So if “we all go down” on social media, both sides don’t lose. The left still wins.

“Mutually assured destruction” doesn’t work when the other side doesn’t fear death. Lemme LARP a little myself. Think in terms of Muslim suicide bombers. When the enemy hates your life more than it values its own, “a scalp for a scalp” doesn’t work. The left hates your right to speak more than it treasures its own. Leftists have been voluntarily self-censoring for decades, and they’ve been censoring us since long before social media. So even if Kurt Schlichter could magically press a “M.A.D.” button and vaporize every platform for every person, the left would still have the tools to win. We’d suffer from the silencing; they would not.

I say this as a man who dislikes porn, and as a man who helped one of its brightest stars find her way out: This last little corner of America where profit trumps ideology, where you can still say “nigger” and blaspheme Muhammad, is important. Ugly, but important. I know that’s going to be a stretch for many of you. Why care about such a sleazy business? Maybe because the left has successfully used bully tactics to force its agenda on the film industry, TV, social media, videogaming, comic books, music, sportscasting, and even pro sports, where a “racist” tweet can now guarantee a trip to a reeducation camp.

It kills them that there’s one remaining arm of American entertainment that’s still untouched.

Fighting the anti-speech agenda means defending nasty stuff, and I doubt many people have the desire to do that. Cosplaying about #WAR! and “scalps” is far more pleasing and less messy. And safer…but only in the short run. Long-term, we’re only hurting ourselves.