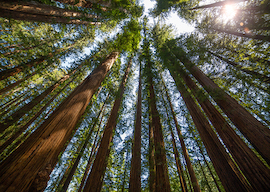 This Land Is Our Land: An Immigrant’s Manifesto by Calcutta-born NYU journalism professor Suketu Mehta takes pro-immigration polemics to their logical conclusion: “Immigration as reparations.” Historically white countries must open their borders because whites have sinned and deserve punishment. But just lie back and think of diversity:

Indeed, a huge bill is coming due to the West. And it is one that the West is not only morally obligated to pay, but one that it should look forward to paying.

Mehta’s book is rife with anecdotes about deplorable white people saying insensitive things to his family. (His clannish loyalty to concentric circles of his people might be his best quality.) He begins with a tale of which he’s particularly proud: An Englishman in London asks his grandfather why he is in his country:

“Because we are the creditors,” responded my grandfather, who was born in India…. “You took all our wealth, our diamonds. Now we have come to collect.” We are here, my grandfather was saying, because you were there.

Who wouldn’t want to let in more Mehtas? They sound like a delightful family, folks who definitely have your best interests at heart.

On the other hand, the author isn’t, technically, in Britain. He’s been living in the United States of America since his Gujarati diamond-merchant family arrived in Queens in 1977. As he sums up his manifesto:

I claim the right to the United States, for myself and my children and my uncles and cousins, by manifest destiny…. It’s our country now.

Of course, exactly why Americans merit vengeance for the sins, real and imaginary, of the British Raj isn’t fully explained in This Land Is Our Land. But that’s not the point; the point is that you white people have money, which means you are guilty, and therefore you must pay.

Seriously, in the current Scramble for America, the potential profits for colonizers like the Mehtas are so vast that it’s only natural for their pundits to not wait around to publish until they’ve first figured out arguments that can pass the laugh test.

“The only way to keep the Alliance of the Margins from turning on each other in endless battles over Who Is More Intersectional Than Thou is to demonize whites as their mutual hate object.”

But Mehta isn’t just spewing racial hate for the money. Like so many immigrant Indian intellectuals, such as Angela Saini, author of the hysterical science denialist book Superior, Mehta has a giant chip on his shoulder against whites. He feels humiliated that Europe was once able to colonize India, rather than vice versa:

It is every migrant’s dream to see the tables turned, to see long lines of Americans and Britons in front of the Bangladeshi or Mexican or Nigerian Embassy, begging for a residence visa.

To soothe his wounded amour propre, Mehta has retconned a vision of South Asian history that is Indian supremacist crackpottery:

Consider the subcontinent. For five thousand years we had been one people, ruled undivided from the borders of Persia to China by emperors from Ashoka to Akbar…. Then the British came and ruled us for two hundred years by pitting us against each other so that we couldn’t be pitted against them…

Actually, it’s not that hard to get South Asians to divide up, in part because they’ve been genetically dividing themselves up into a mind-bogglingly elaborate caste system of petty apartheid at least since the Aryan Invasion. For example, late in his book Mehta admits:

I immigrated over with not just my immediate family, not just my extended family, but a large part of my subcaste, the Dashanagar Vaniyas. It’s a subcategory of Gujarati merchants from the villages around Ahmedabad, “the merchants of the ten towns.”

And then he recounts how he delights in his subcaste’s annual picnic:

It was a fine day at the subcaste picnic. All my caste-fellows, young, old, were playing cricket, eating, strolling by the New Jersey lake, and the old ladies were pleased that not one of us had yet married an American.

It’s absurd, of course, for Hindus, the world’s most racist, reactionary, and inegalitarian culture, to be paid to lecture white Americans on our crimes against wokeness. It’s relevant to note that most of the new generation of South Asian pundits on the make, such as Mehta and Saini, aren’t egalitarian progressives in any abstract sense. They are regressives, loyal to their families, clans, and races. They wish their people to drive before them their enemies and hear the lamentations of their women.

But does anybody get the joke? In The New York Times, for instance, Lauren Markham gave This Land Is Our Land a rave review.

The title of the book is of course ripped off from American communist folk singer Woody Guthrie’s famous campfire song:

This land is your land, this land is my land/From California to the New York island/From the redwood forest to the gulf stream waters/This land was made for you and me.

Mehta, however, claims the song as a

universal migrant’s anthem, wherever in the world they come from, and wherever they are going. This land is their land; this land is our land.

Ironically, a Smithsonian publication, Folklife, just published a passionate denunciation of Guthrie’s song by a different kind of Indian, Mali Obomsawin, who uses similarly woke clichés to instead “interrogate,” usefully, the pernicious “nation of immigrants” chestnut:

By critiquing “This Land Is Your Land,” I don’t mean to imply that Guthrie himself promoted conquest, but the song is indicative of American leftists’ role in Native invisibility. The lyrics as they are embraced today evoke Manifest Destiny and expansionism (“this land was made for you and me”). When sung as a political act, the gathering or demonstration is infused with anti-Nativism…. Just as when Americans call this country a “nation of immigrants,” the proclamation erases Native peoples’ right to exist in the collective consciousness.

Similarly, erasing white nations’ right to exist is the intention of Mehta’s This Land Is Our Land.

As this Indian vs. Indian conflict over Guthrie’s song reminds us, the Democrats’ Coalition of the Fringes naturally tends toward being a circular firing squad. What interests do, for example, American Indians and Asian Indians have in common? (Of course, despite their better claims to American concern, the generally taciturn American Indians don’t stand much of a chance of avoiding being steamrolled by the usually glib Asian Indians.)

The only way to keep the Alliance of the Margins from turning on each other in endless battles over Who Is More Intersectional Than Thou is to demonize whites as their mutual hate object.

Thus, Mehta offers detailed stories about awful German and Irish boys at his Catholic school in Queens saying unkind things to him forty years ago. But he offers no details whatsoever on the identity of the criminals who mugged him twice on the street in New York.

After all, Mehta is consciously drafting behind Ta-Nehisi Coates’ call for reparations for African-Americans when he demands open borders as reparations for racist Americans’ crimes against foreigners who haven’t gotten here yet:

Ta-Nehisi Coates has written about what America owes its black citizens…. Globally, too, a giant bill is due…. They’re asking for fairness: for the borders of the rich to be opened to goods and people…

Granted, TNC isn’t the most acute thinker. But despite Coates’ manifest density, even TNC might eventually start to wonder if the white man’s reparation pie is really big enough to accommodate not just American blacks but also, potentially, every nonwhite grifter on the planet.

There are enough houses. There is enough space in the United States alone to hold all 7 billion of our species…. Macau fits in 52,000 people per square mile…Bangladesh 2,980.

Actually, the population of Earth hasn’t been 7 billion since 2010. The United Nations’ new population forecast released on Monday shows the world’s population has already grown 10 percent since 2010 and is headed toward 9.7 billion by 2050.

Southern Asia is currently at 1.9 billion and is expected to add another 500 million people by the middle of this century.

The good news is it’s not impossible to avert such an apocalyptic population explosion in Africa. For example, even impoverished Bangladesh (current population: 163 million) has been cutting its growth rate. The U.N. expects Bangladesh to peak in 2052 at 192 million.

But for the West to surrender to racist bullying by the likes of Mehta and therefore increase immigration would instead send a truly disastrous signal: that the rest of the world doesn’t need to solve their overpopulation problems because they can offload their surplus citizens on the white saps.