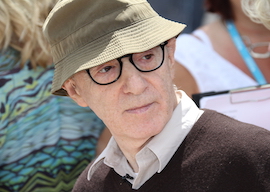 The atheist who, like me, studies and reflects on the nature of moral psychology will, I think, grant at least some social value to religion, even though he doesn’t think it’s true. So long as they can, people tend to follow their inclinations, which are frequently selfish, dishonest, hypocritical, and treacherous. And though it, too, has always been marked by these evils, religion is nevertheless a unique source of social cohesion. Providing people with a moral guide or script to follow, religion ensures that there is less strife, division, and enmity than there would be otherwise, even as it serves as a source of all of these as well.

What’s more, although Steven Pinker, Sam Harris, and many other naive rationalists have a kind of quasi-religious enthusiasm for reason, it’s important to understand that moral values don’t derive from reason. The liberal values intellectuals take for granted today have no necessary relationship to reason, so it’s vain to believe that through reason alone our country will avoid the common historical fate of degenerating into factional or tribal interests, as it indeed appears to be doing. (If anything in the world is true, cultural diversity is not our strength.)

Nor is humanism an adequate replacement for religion. Vague, thin, and diffuse in substance, humanism is fundamentally sentimental. Affording no binding imperatives, humanism is quite inadequate as a source of social cohesion. Humanism is morality on the cheap, as easy as it is undemanding. Hence it is that humanism is so popular among the largely middling and shallow centrist intellectuals who make up the so-called Intellectual Dark Web and who write for webzines like Quillette and Arc Digital. Neither does humanism attract people who aren’t already inclined to it.

Are you frustrated with the stale ideologies and mutual demonization of the Left and Right? Here’s a manifesto for Radical Centrism, Liberal-tarianism, Bold Moderation, an Open Society, smart regulation, and a liberal democratic capitalist welfare state.

The style here is like an annoying infomercial, Pinker coming off like one of those ridiculously zealous hustlers whom one watches on television at 3 a.m. “Radical Centrism”? “Bold Moderation”? Enough, or too much!

“The public-private distinction is essential to democracy and to any life worth living.”

As it happens, I share some of Pinker’s ends—but what about those that I don’t? Well, we can endeavor to persuade one another, and in some cases that will be fruitful. But in others it won’t, and in general, when it comes to that most vital question—how we should live together—reason is only so effective. If you observe human interactions closely, you may notice that people are constantly (mis)perceiving others in terms of their own interests. That is simply how the mind works. More often than not, it happens unawares, and involves not a little distortion and delusion.

After all, our natural primary inclination is to assert our will, for our will to be done in every situation. The modern West has been exceptionally accommodating of human autonomy, a difference that enabled dynamic achievements unequaled by the rest of history and humanity. And yet, over time, any nation in which personal autonomy is taken for granted as the highest good must become deficient in social cohesion. This weakness is one of the most dangerous aspects of the modern West. Jacob Burckhardt, a trenchant reactionary historian, captured it long ago with his scorn for

the total egoism of today’s private person who wants to exist as an individual and asks of the community only the greatest possible security for himself and his property, for which he pays his taxes amid sighs, and who also likes to attach himself to the community in a specific sense as an “official.”

But while unfettered individualism is ill-fated, religion, too, has grave problems of its own. To begin with, from the Roman Empire to our own declining era, religion has been a source of weakness, rendering people vulnerable to foreign invaders and subversion generally. Accordingly, Christianity didn’t keep the American right from being taken over by the mostly Jewish neocons, nor has it checked the seemingly inexorable advance of liberalism. The self-defeating values, “love your enemies” and “turn the other cheek,” make for a submissive and abject character, so people are right to regard them with bafflement and contempt.

Of course, one can find the opposite values in what Christians call the Bible, yet that merely attests to the jumbled nature of a religion that is incoherent in relation to its Jewish origin. Nor is it a strong objection to note that through the centuries Christianity has numbered many warrior-like spirits, for given the violent nature of this world, there is no people or religion that has not done so.

The moral universalism of Judeo-Christianity lends itself to open borders and democratic national building in the Middle East, follies so enormous that I don’t have the space to consider them here.

I come instead to an especially dreadful religious legacy, namely, the American Puritanism that increasingly serves to annul the public-private distinction. Perhaps there is nothing more tedious in public life these days than the constant assumption that moral character determines one’s ability to be a judge, or writer, or actor, or athlete, or whatever. A popular topic in journalism this week has been Woody Allen’s alleged decades-old romance with a teenage beauty. In The Hollywood Reporter, Gary Baum writes:

Sixteen, emerald-eyed, blond, an aspiring model with a confident streak and a painful past: Babi Christina Engelhardt had just caught Woody Allen’s gaze at legendary New York City power restaurant Elaine’s. It was October 1976, and when Engelhardt returned from the ladies’ room, she dropped a note on his table with her phone number. It brazenly read: “Since you’ve signed enough autographs, here’s mine!”

Soon, Allen rang, inviting her to his Fifth Avenue penthouse. The already-famous 41-year-old director, still hot off ‘Sleeper’ and who’d release ‘Annie Hall’ the following spring, never asked her age. But she told him she was still in high school, living with her family in rural New Jersey as she pursued her modeling ambitions in Manhattan. Within weeks, they’d become physically intimate at his place. She wouldn’t turn 17, legal in New York, until that December.

Amid all the #MeToo hysteria, it’s refreshing that Engelhardt hasn’t tried to seem a victim. “It’s almost as if I’m now expected to trash him,” she says. But “I’m not attacking Woody,” the mature and composed woman clarifies. “This is not ‘bring down this man.’ I’m talking about my love story. This made me who I am. I have no regrets.”

It’s clear from her account that, despite the difference of worldly power between them, Engelhardt was a willing participant in her relations with Allen. Still, in recent years Allen’s professional life has taken a big hit. He has a long history of alleged sexual relations with underage women—including with his adopted daughter Dylan Farrow—and though he was never convicted of a crime for these, for many people accusations effectively make one guilty. Besides, businesspeople, ever mindful of the obtuse yet bloodthirsty public, care a great deal about appearances. Says Baum:

Allen’s prolific career had largely been unaffected by his personal-life controversies until the arrival of the #MeToo reckoning. In October 2017, the red carpet premiere for his Amazon Studios release ‘Wonder Wheel’ was canceled, and in January 2018, two stars of his follow-up film for the streamer, ‘A Rainy Day in New York’—Timothee Chalamet and Rebecca Hall (who previously had appeared in Allen’s ‘Vicky Cristina Barcelona’)—apologized for working on it and donated their salaries to anti-harassment organizations. ‘A Rainy Day in New York,’ originally expected to debut this year, is still without a release date.

We don’t know whether Allen is a pervert, an abuser, an exploiter, or what you will, but whatever the man has done, in regard to his filmmaking it’s a non sequitur. Allen’s films are not good or bad, or deserving or undeserving of an audience, because of his moral character. The problem, though, is that with their Puritan heritage, Americans tend to assume that all merit is determined by moral character. This is nothing but a delusion, motivated by a will to evaluate and, above all, to punish (whose intense pleasure few people acknowledge).

If you ask people why they engage in mean gossip about celebrities, political enemies, or other figures whom they don’t like, they’ll tell you it’s because they disapprove of the bad behavior in question. But few people take the trouble to examine contexts with rigor, thoroughness, and disinterestedness. The possibility that the accused might be innocent usually gets little consideration. For, in general, people are hypocrites and pretenders, only too happy to wax indignant about things that, when they themselves and their intimates do them, inspire no indignation whatever.

For all that, the public-private distinction is essential to democracy and to any life worth living. No one lives a morally blameless life, least of all in eros. There is no one whose private conduct could not put him in a bad light, so we should resist the common practice of judging public matters in terms of private conduct. Crimes are and should remain the province of the criminal justice system alone. It is to our benefit for friends and family to reproach us for our moral failings, but people in general need to mind their business, a virtue we have lost.