My Otherkin Headmate is a Two-Spirited Starseed! 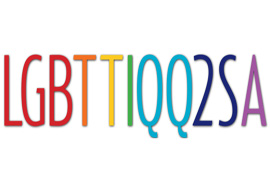 I picked the wrong year to quit drinking.

If you”ve never been to an old-school AA meeting, imagine Vince Lombardi’s locker room if he”d been coaching Pilgrims with Tourette’s: a spartan, Quaker-meeting setup, all bootstrapping, no bullshit. A newcomer dumb enough to whine about their “feelings” gets ordered to scrub out the coffee urn by a gruff “old timer.”

That’s not what I slunk into in 1992, by which time then-faddish PBS fixture John “Finding Your Inner Child” Bradshaw had accidentally turned Alcoholics Anonymous into a New Age unicorn-and-rainbows therapeutic weep-fest that would’ve disgusted Greatest Generation founders Bill W. and Dr. Bob, who probably kept their fedoras on in the gutter.

Some meetings even served decaf.

Believe me: “Low self-esteem” is not your typical boozehound’s problem. Then again, about half the people I met in “the rooms” weren’t even alcoholics, just neurotics too cheap to get real therapy.

Remember, it was the 1990s, the era of The X-Files and Oprah at her tabloid low: at every 12-Step meeting, you’d meet “survivors of ritualistic Satanic abuse” and “recovered memory victims” and alien abductees and even “starseeds,” the self-proclaimed spawn of spacemen who’ve been sent to Earth to…do something or other. (Luckily the latter two never came to blows.)

There were so many “multiple personalities” at some meetings, we were probably breaking fire codes without knowing it.

And I lived in Boystown, so lots of the real drunks were gay, bi, trannies, lesbians of convenience, and even “two-spirited” (AKA gay Indians).

Despite all this, I never drank after my first meeting (ODAAT), worked the Steps, got a new job, and ten years later, I looked around at all the people who still hadn’t and thought, “I didn’t get sober so I could spend the rest of my life with these losers.”

It took me a decade to notice that none of the 12 Steps is “Go to meetings.” So I stopped. I couldn’t take the crazies. In retrospect, I was the crazy one for thinking I was rid of them.

Aware of my impatience for the ever-metastazing and increasingly belligerent LGBTTIQQ2SA “community” and other victim-loonies, a friend directed me to a Reddit thread titled “what does all this bullshit mean anyway?” about some self-described “social justice activists.”

Now that sounds like some folks who, while misguided and none too bright, want to feed the poor and stuff.

(OK, that’s not a bad description of some famous, slightly more legitimate “social justice activists,” but stick with me.)