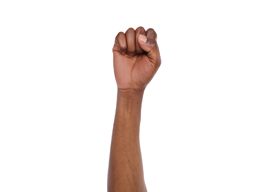 One reason Donald Trump is president is because of the Obama administration’s own goal in setting off a major murder wave in Ferguson in 2014, in an era when both technology and prosperity should have been lowering the death toll from crime.

So how did the Trump administration do at fighting crime in 2017?

I only pay attention to homicide numbers, because other crimes can be ignored. If the cops in your town have retreated to the doughnut shop to escape Justice Department oversight, you might not bother reporting a porch pirate stealing your Amazon delivery. But a body with a hole in it demands official attention.

The FBI won’t release its 2017 murder statistics for many months. But to shed light on the important question of how the Trump administration is doing, I’ve sifted through year-end local newspaper reports and police department databases from the 51 biggest municipalities in America.

The impact of the Ferguson Effect is statistically vivid in Ferguson’s neighbor St. Louis, where the number of homicides ranged from 113 to 120 from 2011 to 2013. Then in 2014, when the Obama administration and the prestige press took the side of anti-police rioters in promoting the Michael Brown fake news, homicides jumped to 159. Killings numbered 188 the next two years, and in 2017 had reached 205 by Dec. 29.

“So how did the Trump administration do at fighting crime in 2017?”

By the way, St. Louis has a slightly smaller population than the entire country of Iceland, which is currently shaken by an outbreak of murder most foul. From Iceland Magazine:

Unusually high number of homicides in 2017 a cause for concern

More murders were committed in Iceland in 2017 than any time since 2004. Last year four people, two men and two women, were murdered. In recent years the murder rate has been 1–2 people each year.

Similar to St. Louis (although not to Iceland), Baltimore had 211 homicides in 2014. But then in March 2015 came the Freddie Gray/BLM riots and the vengeful indictment of six cops, all of whom have since walked. Killings jumped to 344 that year, followed by 316 in 2016, and 343 last year.

The Ferguson Effect arrived in Chicago in late November 2015, when Chicago’s government finally released the video of the bad shooting of Laquan McDonald. Homicides grew from 468 in 2015 to a savage 762 in the final year of getting the community organized by ex–community organizer Barack Obama.

Despite Chicago’s Democratic regime, the Trump administration has made Chicago’s lawlessness a priority, sending extra federal officers and easing up on the consent decree that the Obama administration had imposed to hamstring Chicago cops. In 2017, Chicago’s number of homicides dropped to 650, a 16 percent decline, but still much more lethal than before BLM rode into town.

Nationally, Obama’s Ferguson Effect wasn’t quite as large proportionally as in those cities where BLM triumphed politically, but it was extraordinarily bloody in terms of incremental dead bodies. In 2014, homicides were 14,164 across the country, growing to 15,883 in 2015, an increase of 12.1 percent, one of the largest annual increases in the past 40 years. Then in 2016 homicides rose another 8.6 percent to 17,250.

So the excess American death toll in 2015 and 2016 from Obama’s war on cops was a little larger than the 4,424 combat fatalities from Bush’s war in Iraq.

The official FBI statistics for the whole country won’t be out until autumn, but I’ve counted up the number of murders in 2017 in the 51 biggest cities. (I was going to do just the top 50, but I included No. 51 Cleveland as well, which saw homicides drop from 136 killings in 2016 to 130 last year.)

Please note that I’m not tallying up the entire metropolitan areas, just the core municipality with its single police department. These 51 cities have a population of 50 million, or about 15 percent of the U.S. population, but 35 percent of the country’s murders in 2016.

Also, keep in mind that homicide statistics aren’t completely stable; they might go up if, say, assault victims later die of their wounds, or they might go down if, say, a dead person’s suicide note turns up. Moreover, many of the local news articles about 2017’s homicide count were published not after the year’s end, but during the slow news days right after Christmas, so they are often missing New Year’s Eve merriment. (Hopefully, the recent frigid weather discouraged the usual gunplay.) And I had to estimate a few cities’ numbers from their encompassing counties.

That’s good news compared with the sharp increases of the last two years of the Obama Era. The Trump administration can take some credit for ending some of the self-destructive policies of the Obama Justice Department.

Murders should be falling annually due to improved medical care (ambulances are basically rolling emergency rooms these days). And we now live in a surveillance society, so we ought to at least be getting the benefits in reduced murder rates.

For example, the increasingly widely deployed ShotSpotter system for locating gunfire via audio triangulation originated in work begun by Silicon Valley seismologist John C. Lahr in 1992 in response to East Palo Alto becoming the murder capital of America with 42 homicides in a population of only about 24,000.

In 2017, however, East Palo Alto suffered only one murder. Some of that is due to all the surveillance tech now scanning the streets. But much of the difference stems from Hispanics driving blacks out of East Palo Alto. The black share of the population fell from 61 percent in the 1980 Census to 17 percent in 2010.