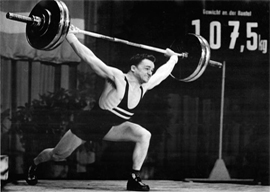 It is always cause for deep personal grieving when I observe a nonsensical term that had long lurked on the fringes of leftist dogma beginning to leak its way into the mainstream vernacular, where it becomes so familiar that your average media-brainwashed moron can’t distinguish it from breathing.

One such term is “toxic masculinity,” which, in stark contrast with “toxic homosexuality,” “toxic bitchiness,” and “toxic blackness,” has slowly and decisively wriggled its way into newsrooms across this crumbling nation.

Writing in The New York Times, Jared Yates Sexton, who appears to be in zero danger of suddenly becoming toxically masculine, decries “Donald Trump’s Toxic Masculinity.” In The New Republic, a certain Jeet Heer, another male who need not worry about ever being accused of toxic masculinity in this or any other galaxy, instructs us not to “Let Trump’s Toxic Masculinity Overshadow Hillary’s Historic Achievement.” And Jill Soloway, by far the most toxically masculine of the bunch, takes time out to pen a sober reflection for TIME on “Donald Trump, Locker Rooms and Toxic Masculinity.”

All of these articles came in the wake of recent shocking, perhaps campaign-ending revelations that Donald Trump enjoys having sex with women.

Modern masculinity is so carcinogenic to the body politic that Duke University”you may remember it as the school of higher learning where a black stripper falsely accused white lacrosse players of raping her before she decided to stab her boyfriend to death”is now offering a nine-week program that will provide a warm emotional cocoon for “male-identified” students to “critique and analyze their own masculinity and toxic masculinities” and “proactively deconstruct our masculinity.”

When did “masculinity” become a dirty word? And is “toxic masculinity” sort of the crack cocaine version of it?

According to some femsplainers, “toxic masculinity” is actually harmful to men, but just as the idea that “patriarchy” is harmful to men, this is a horridly flimsy lie and and a transparent excuse for women to nakedly seize social power. We are told that patriarchy”rather than testosterone”mangles men into remorseless murder machines and that men would fare much better if they simply grew the hell up and succumbed to feminism’s salmon-scented wiles. These estrogen-addled illogicians would have us believe that men somehow unfairly benefit from patriarchy while it kills them left and right.

We are told that masculinity has no roots in biology and is merely a social construct. It’s a miracle that all these “social constructs” happened to be constructed almost identically throughout every culture in history.

We are told that in order to protect their famously delicate egos, men must resort to homicidal and suicidal public displays of strength and brutality. Anyone who speaks of the “fragile male ego” has apparently never encountered a female ego.

For those who are willing to concede even a smidgen of biology in determining gender roles, we are sternly warned that testosterone is an evil demonic elixir responsible for 80% of all violent crime. We are never told, because it would be too embarrassing for feminists and their perpetually bewildered gelded boy-ponies, that the sort of fearless risk-taking behavior that testosterone induces may also be responsible for the fact that men account for 94.5% of commercial patents, because the only possible reason for that lopsided stat is obviously sexism, which comes to us via patriarchy, which originates in toxic masculinity.

This is anti-male blood libel posing as justice. Just as these types reduce all of white history to the Holocaust and slave ownership, these Haters of All Things Male would like to distill everything male into one endlessly troglodytic cavalcade of rape and murder. Why, it’s as if all of the technological gadgets they use to demean men weren’t designed by men, and it certainly isn’t true that nearly all of the technological infrastructure they use to endlessly slander maleness was built with the sweat and blood of male laborers.

They claim that patriarchy and toxic masculinity cause men to cut off their emotions, but the moment that men sincerely try to express any emotional pain, they are derided as tiny-dicked man-babies whose “male tears” are cause for endless sadistic joy.

Since it is clearly feminism”rather than patriarchy or “toxic masculinity””that robs men of their humanity and mocks even the slightest display of male emotion, it is fair to surmise there may be a heaping helping of psychological projection going on here.

This is why the peddlers of such idiotic notions as “toxic masculinity” are loath to discuss the many-tentacled manifestations of loathsomely destructive behavior by modern entitled females who see “sexism” as a sin the fairer sex is incapable of committing.