Revolt of the Involuntary Celibates 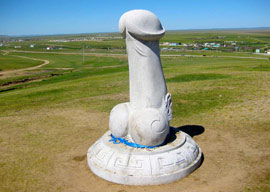 Early one afternoon last week in Toronto, 25-year-old software developer Alek Minassian allegedly drove his van over nearly a mile-long stretch of city sidewalk, wantonly plowing over pedestrians. Ten were left dead and at least sixteen others were injured. It was Canada’s deadliest vehicle-ramming attack ever.

Was it because women wouldn’t have sex with him?

Private (Recruit) Minassian Infantry 00010, wishing to speak to Sgt 4chan please. C23249161. The Incel Rebellion has already begun! We will overthrow all the Chads and Stacys! All hail the Supreme Gentleman Elliot Rodger!

A source from Canada’s Department of National Defence has reportedly confirmed that C23249161 was Minassian’s military ID number during army training.

But what about 4chan? And what’s an incel? And who are Chad, Stacy, and Elliot Rodger?

4chan is a legendarily infamous posting board responsible for countless memes and internet hoaxes, which led some to suspect that the Facebook post didn’t come from Minassian at all. Despite the Toronto PD and several “reputable” news outlets “confirming” that Minassian posted it, there’s reason to believe it was indeed a hoax. The most compelling evidence for this is not only the 4chan lingo, but the fact that the timestamp on the post was alleged to be 1:27PM EST. But surveillance footage shows that Minassian’s rampage began a few minutes before that, and it’s hard to believe he’d be able to type a Facebook message while driving a van over crowds of people.

“It was Canada’s deadliest vehicle-ramming attack ever. Was it because women wouldn’t have sex with him?”

However, most of the mainstream press, dripping with righteous misandry as it does, was eager to blame the bloodbath on the “Disturbing, Thriving Online Community of Celibate Men” known as incels. And that fact alone is likely more significant than whether Minassian personally identified with that group.

Incel means Involuntary Celibate, a person who, if you take the term literally, can’t have sex despite wanting to. In practice this goes beyond simply having sex and enters the realm of having no possibility of finding a partner, either to get validation, love, or acceptance from. Sex is mostly secundary [sic], though just like in every group a minority of incels disagrees.

Ironically, although incels are perceived to be entirely male, the term was said to have been first coined “in 1993 by a queer woman searching for a way to describe her sense of loneliness.” But the roaring modern majority of incels would likely say that neither women nor gay men have nearly the amount of trouble finding sexual partners that straight males do.

And together these lonely guys have formed a sad little community—a Coalition of the Unfuckables.

Incels perceive their problem as intrinsic to the modern cultural war against straight males. In a tech-driven culture where sex can be found with a few taps of a smartphone, most typically low-status females—those who would traditionally pair off with low-status males such as the incels at the local barn dance—can willingly hook up with higher-status “alpha” males, who use them as fuckdolls and discard them. Technology and growing wealth inequality favor high-earning attractive males at the expense of low-wage or unemployed Average Joes.

“Chad” is a blanket term used to describe a muscular, attractive, successful male—the one who gets all the hot girls who mock the lonely incels. “Stacy” is the shallow, status-seeking girl who fucks Chad rather than the far nicer and emotionally deeper incel. Although Chad is hated, Stacy bears most of the incels’ wrath because she denies them access to sex, affection, and reproduction.

Elliot Rodger was the half-Asian weirdling who posted a bizarre video rant and an online manifesto decrying the fact that although he was handsome and rich, he was still a virgin in his early twenties because all the shallow Stacy types kept falling for Chad. “Women are the ones who flock to the men who treat them badly, instead of going for the nice guys,” Rodger lamented. In 2014 in Isla Vista, CA, Rodger went on a shooting spree that left six dead before he killed himself.

Among the more deeply disturbed souls in the incel underworld—as well as the occasional troll—Rodger is a hero.