SPLC 2: The Search for More Money 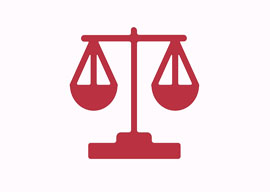 It was a bad week for the Southern Poverty Law Center, America’s self-appointed witch-sniffers-in-chief. For decades, the SPLC, despite its comic history of money-grubbing and out-of-control vilification, has been treated by the mainstream media as the unquestionable authority about who the Bad Guys are.

Finally, however, doubts have been allowed to surface about an organization that is in reality America’s richest hate group (with financial assets of $302,800,000).

Since the American people elected Donald Trump, the SPLC has been doing what the SPLC does best”whipping up fear and loathing among both violence-prone young thugs and elderly, affluent, easily confused Jewish donors nervous that the Cossacks will soon be riding through the streets of Brookline.

But the SPLC stumbled into two embarrassments last week.

After months of promoting hysteria over anti-Semitic terror threats by supposed Trump supporters, the news that a black leftist journalist had been arrested for sending eight bomb threats to Jewish community centers was excused by the SPLC as “not necessarily anti-Semitism as such.”

Murray’s crime? Daring to try to give a speech at expensive Middlebury College in Vermont’s ski country. A student group justified the assault by claiming, “Professor Stanger’s hair was not intentionally pulled but was inadvertently caught…”

Obviously, Murray was exercising his White Male Privilege of being bald, so the Blackshirts had to send the female scholar to the hospital instead.

The reason there is so much rage and violence against Charles Murray is because, 23 years after The Bell Curve was published, it’s pretty obvious that Murray and his late coauthor Richard Herrnstein were largely right about how the world works. As I pointed out in Taki’s Magazine on the 20th anniversary of The Bell Curve, their predictions have largely panned out.

There’s nothing that elicits more hate than being right.

And nobody is more talented at stirring up hate than Morris Dees, cofounder of the SPLC.

The Associated Press and The Washington Post initially wrote up the Middlebury riot as the 74-year-old Murray getting what was coming to him:

The Southern Poverty Law Center considers him a white nationalist who uses “racist pseudoscience and misleading statistics to argue that social inequality is caused by the genetic inferiority of the black and Latino communities, women and the poor.”

But mainstream media types for once took issue with the SPLC being assumed to be an objective authority. Brit Hume, for instance, tweeted in response to the AP/WP article:

No way a claim by the leftist Southern Poverty Law center belongs in the lead of this story. Bias, pure & simple—>

Perhaps the tide started to turn in February when even The New York Times treated skeptically the SPLC branding the genteel environmentalist organization Californians for Population Stabilization as a hate group:

Benjamin Zuckerman, the group’s president, vehemently objected to the characterization. The organization’s objectives, he said, are twofold: environmental conservation and fairness to working Americans who are harmed by “over immigration.” “I consider us pretty much just ordinary people,” said Dr. Zuckerman, who is also an astronomy professor at U.C.L.A.

Accusing a Jewish environmentalist astrophysicist of leading a hate group might seem a little implausible to you or me, but the SPLC doesn”t worry much about credibility. “If it feels good, smear them” has been its de facto motto.

I don”t feel all that sorry for the SPLC because it’s enjoyed a most remunerative last 46 years.

You may recall the SPLC backing its first president, Martin Luther King Jr., in its heroic civil rights battles of the 1950s.

(Except, technically, that wasn”t the SPLC, that was the SCLC: Southern Christian Leadership Conference.)

Or you may remember the brave black radicals of the SPLC, such as John Lewis, Stokely Carmichael, and H. Rap Brown, fighting bigoted Southern sheriffs in the 1960s. (Except that wasn”t precisely the SPLC either, that was the SNCC: Student Nonviolent Coordinating Committee.)

The oddly named Southern Poverty Law Center was actually founded in 1971, well after the great victories of the Civil Rights Era had been won, by two white guys, Joseph J. Levin Jr. and Morris Dees, the latter a member of the Direct Marketing (i.e., junk mail) Association’s Hall of Fame.

It’s not all that clear what the SPLC has to do with “poverty,” other than in helping to erase the last trace of it from Mr. Dees” gaudy lifestyle. But it likely hasn”t hurt fund-raising that the acronym SPLC is easily mistaken for the legendary SCLC and SNCC.

Perhaps the confusion is just a coincidence. On the other hand, it’s reminiscent of the movie Boiler Room, a predecessor of The Wolf of Wall Street, in which the penny-stock peddlers work for a firm named “J.T. Marlin” to get the readily perplexed to mistake it for J.P. Morgan.

For about three decades now, investigative journalists have looked into the SPLC’s machinations and come away shaking their heads. I want to take this opportunity to make available in one place links to many years of research into the sainted SPLC.