The Allure of Protective Stupidity 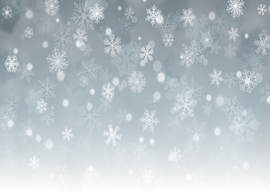 The most important aspect of the Grievance Studies hoax—in which three writers duped supposedly scholarly gender and race journals with absurd papers such as “Human Reactions to Rape Culture and Queer Performativity at the Dog Park”—may also be the most overlooked: the triumph of their term “Grievance Studies” as the collective noun for the various “disciplines” of woke academia.

On the other hand, that seems like a huge amount of work to make fun of self-demeaning periodicals with names like Fat Studies and Journal of Poetry Therapy. After all, the Twitter account New Real Peer Review routinely links to actual published academic papers at least as derisible as the hoax efforts, such as this authentic bit of “autoethnographic” navel-gazing:

This is an autoethnography about the role of nail salons in relation to my own evolving feminist and femme consciousness.

Nobody can deny Lindsay, Boghossian, and Pluckrose one historic accomplishment: They’ve permanently affixed the name Grievance Studies to their targets.

Before last fall, there were a variety of self-designations that only their smartest critics could keep track of. For example, Steven Pinker tweeted,

Is there any idea so outlandish that it won’t be published in a Critical/PoMo/Identity/‘Theory’ journal?

But if you aren’t quite up to Pinker’s level of brainpower, it’s hard to remember that “Critical/PoMo/Identity/‘Theory’” are all more or less the same moonshine.

But now we don’t need to. They are all just Grievance Studies.

Google searches show that the term “grievance studies” appeared only 85 times in the history of the internet before they announced their hoax last October, but 89,700 times since then.

Ironically, the various institutions out to punish the trio of hoaxers for their impudence are just making the term Grievance Studies even more memorable in the highbrow public’s mind.

The importance of names is underrated. When something doesn’t have a name, humans have a hard time noticing a pattern. It’s hardly impossible—otherwise we’d never develop names in the first place—but names exist to make thinking easier.

“When something doesn’t have a name, humans have a hard time noticing a pattern.”

Now, it could be that all this happened just the way Smollett has asserted.

But, if you are familiar with the term “hate hoax” and the long history of heavily promoted fiascos stretching back to Tawana Brawley in 1987 in which the national media went nuts over stories of evil white maleness that turned out not to be wholly accurate, you might be a little more reluctant than these presidential candidates to commit yourself to the factual veracity of this latest allegation.

But how many presidential-possibility statespersons have ever heard of such a phrase as “hate hoax”? After all, The New York Times has never seen fit to print “hate hoax” ever and “hate crime hoax” only once since 1851. Thus, most Times readers seem to find themselves baffled by this recurrent phenomenon of purported hate crimes turning out to be huge flops. It’s just random noise to them.

The New York Times does not at all approve of anyone else getting to name anything. For example, how dare the FBI name a form of terrorism? The NYT’s former opinion editor Andrew Rosenthal went berserk with rage in 2017 when the FBI issued a warning about the threat of terrorism from “Black Identity Extremists.” The FBI cited a half-dozen examples of cop killings by Black Lives Matter nuts, such as Dallas and Baton Rouge in 2016.

The term “Black Identity Extremist” might strike you as a convenient term for remembering an unfortunate late-Obama-age phenomenon that helped elect Trump, but that’s why the NYT brass wants to eradicate it.

The usefulness of having a term for a thing is usually subsumed into the never-ending debate over “linguistic relativity” that has enveloped such famous thinkers as Franz Boas, Edward Sapir, Benjamin Whorf, Alfred Korzybski, Noam Chomsky, and Steven Pinker.

Indeed, we could probably use a separate word for the modest assertion that having a name for something makes it easier to notice that would distinguish it from the more ambitious theories about how the structure of different languages supposedly influences or even determines how their speakers experience reality.

In 1911, Boas, the great cultural anthropologist, reported that on Baffin Island the Eskimos have more words for “snow” than do English-speakers. Whether or not that is true has been debated ever since: In reality, English, a world language with a vast vocabulary, includes a huge number of technical terms, many devised by skiers or alpinists, for talking more productively about different types of snow. Ski resorts, for example, use terms such as “base snow,” “frozen granular,” and “packed powder” to communicate conditions to customers.

But comparing a small Eskimo language to mighty English could be misleading. In contrast, it seems highly plausible that Eskimo dogsledders could well use more terms that distinguish between different kinds of snow than, say, the Maasai of Kenya, who could likely get by with just one word for that white stuff visible on top of Mount Kilimanjaro.

Boas’ anecdote about words for snow was seized upon by Benjamin Whorf, a fire safety inspector and amateur linguist.

During Whorf’s career in the fire insurance business, his industry had helped promote a wise safety reform: The English word “inflammable” for “easily set on fire” was notorious for confusing people because the “in” prefix can also mean “not.” So “inflammable” began to be replaced on warning labels by “flammable.”

Whorf was not content with such simple applications of the obvious notion that having the right words can be helpful, but pressed on into extraordinarily abstruse questions such as whether the structure of the Hopi Indian language affects the Hopi’s concept of time (or vice versa). These higher-end issues have tended to monopolize academic debate ever since, obscuring the simpler applications of the Sapir-Whorf hypothesis.

At the same time, the Polish polymath Count Alfred Korzybski was putting forward a roughly comparable analysis, such as his dictum “The map is not the territory.” Korzybski’s ideas, often conveyed by popularizers such as future GOP U.S. Senator S.I. Hayakawa and Stuart Chase, about how language reform would allow us to get in better touch with reality tended to appeal less to academics than Whorf’s theory but more to science-fiction authors, such as Robert Heinlein, George Orwell, and L. Ron Hubbard.

Orwell’s famous 1946 essay “Politics and the English Language” offered the most commonsensical advice ever derived from these two parallel intellectual traditions:

If you simplify your English…when you make a stupid remark its stupidity will be obvious, even to yourself.

Orwell then appended to his 1984 a dystopian rendering of his advice on the virtues of simplification, “The Principles of Newspeak,” which explains how the Party has perversely simplified English so brutally that Thomas Jefferson’s Declaration of Independence can only be expressed in a single word: “crimethink.”

It was intended that when Newspeak had been adopted once and for all and Oldspeak forgotten, a heretical thought—that is, a thought diverging from the principles of Ingsoc—should be literally unthinkable, at least so far as thought is dependent on words…. This was done partly by the invention of new words, but chiefly by eliminating undesirable words…. Newspeak was designed not to extend but to diminish the range of thought, and this purpose was indirectly assisted by cutting the choice of words down to a minimum.

But the Stalinism that provided the model for 1984 was largely an effort by intellectuals LARPing as proletarians, while contemporary Intersectionality is concocted by not particularly bright people LARPing as intellectuals.

Hence, the equivalents of the Inner Party of 1984 in Grievance Studies departments prefer, rather than the radical simplification of Newspeak, to encourage needlessly multisyllabic jargon such as “problematic” and “microaggression.” Rather than make it impossible to think dissident thoughts by eliminating words, it has proved more effective simply to make clear thinking more inefficient and thus less appealing.

In 1984, radical language reform will bring about a situation in which:

In practice this meant that no book written before approximately 1960 could be translated as a whole.

But it’s been simpler in the real world merely to render the white male authors of pre-1960s texts, such as Jefferson, increasingly hateful. Simply encourage stupidity in the name of moral superiority and let basic human laziness do the rest. This was also anticipated by Orwell:

Crimestop means the faculty of stopping short, as though by instinct, at the threshold of any dangerous thought. It includes the power of not grasping analogies, of failing to perceive logical errors, of misunderstanding the simplest arguments if they are inimical to Ingsoc, and of being bored or repelled by any train of thought which is capable of leading in a heretical direction. Crimestop, in short, means protective stupidity.