The (Burger) King of Racism 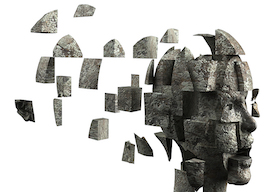 I won’t use her real name, because she’s not a public figure. Indeed, she may be dead for all I know, although I certainly hope she isn’t. I met Tressa in 1996. She was a tiny, buxom Cambodian, barely five feet tall, who served as my “friend with benefits” for the next four years. Her parents had fled the Khmer Rouge, and her father, who’d been an upper-class diplomat in pre-communist Cambodia (and therefore automatically marked for death), had relocated the family to L.A., where he took a soul-killing city government admin job. He went from meeting with foreign dignitaries to managing an office of low-IQ paper-shufflers.

Tressa attended college and earned a degree in art history, and during our time together she taught me a hell of a lot about fine art. It was an inversion of my normal relationship dynamic. Typically, I’m the one lecturing about history. I found the new circumstances refreshing.

Then things started to change. Tressa began hearing noises…sounds I didn’t hear. We’d be on the phone, back in the time of landlines, and she’d hear sounds of people on the line, laughing at her. I heard none of it. She’d be at my house, and she’d “hear” people mocking her outside my bedroom window. I’d look, to humor her, but the people were never there (at night, my neighborhood gets so quiet you can hear a hummingbird fart).

I know paranoid schizophrenia when I see it, and so did the state. Tressa was institutionalized after a violent outburst against her neighbors. I was the recipient of her one phone call. She was in full psychosis, insisting that her thoughts were being broadcast over the mental ward’s PA system.

When the state released her, she promised to take her meds, which of course she never did. She became homeless. Her family would pay for temporary housing, but she never stayed. She hated being surrounded by walls, because “they” put bugging devices in walls.

These days, she’s either in a pauper’s grave or living in one of our city’s many schizo-infested back alleys.

“Proud of yourselves, media hacks?”

In 2005, with her mental illness in full bloom, her delusions became weirdly racial in nature. Like many L.A. Asians, she didn’t care too much for blacks, and as her disease progressed, she decided that “niggers” were conspiring against her. Eventually she got to the point where she’d stand on street corners yelling, “Niggers! Niggers! Niggers!” at the top of her lungs.

Back in 2001, I’d ghostwritten an op-ed in Tressa’s name for one of the nation’s top newspapers. I’m not going to say which paper, because I want to be super-protective of her identity. I won’t even say what the piece was about, except that it dealt with race, IQ, and things only an Asian would be allowed to say in a major U.S. media organ. This was standard MO for me back then—I’d recruit a black, Asian, or Latino friend as a mouthpiece for me to say things that I knew couldn’t be published under my name.

Tressa was already on her downward spiral (though not yet nonfunctional) when I used her as my “Eastern front,” and I now realize the risk I took with that aktion. What if the piece had caught fire? What if she got interview requests? That’d happened two years earlier with a black friend who served as my front for an L.A. Times op-ed, but he was exceptionally quick-witted, and he bluffed his way through a number of interviews. But for Tressa, such an ordeal might have hastened her breakdown.

Thank God there was no social media in 2001.

Which brings us out of memory lane and into the present. About a week ago, some oblivious exec at Burger King’s New Zealand HQ forgot what year it is, and okayed a TV commercial for the company’s new Vietnamese burger in which ignorant whites are shown clumsily trying to eat the burger with comically oversize chopsticks. One would think that if the ad were insulting to anyone, it’d be whites, who are portrayed as so stupid, they think a hamburger with Asian flavoring can only be eaten with chopsticks. But no, whites didn’t care at all (pale skin, but thick). However, a New Zealander of Korean descent decided that the commercial was the most anti-Asian thing since Benny Hill’s Chinaman character (apparently, chopsticks are now sacred to Asians and never to be used as comedy props. Funny how I’ve never met a white who thinks that way about forks).

The complaining Kiwi was a complete nobody…a young, small-time local concert pianist and music instructor. She was a total unknown with a tiny handful of Twitter followers. By all rights, her tweet should have gone unnoticed. But we live in the age of the Social Justice Outrage Machine. Media hacks troll Twitter for stories that can be promoted as yet another “noble POCs ‘clap back’ against racist whites” viral post. These shameful con artists magnified this unknown pianist’s tweet to global proportions, and turned the story into the internet’s anti-racism catch o’ the day. “Burger King condemned on Twitter for racist commercial!” “Burger King slammed by Asians!”

This one nonentity’s tweet was covered by Huffpost, WaPo, The Guardian, Fox, MSN, CNN, BBC, Time, Reuters, AP, etc. And within a few days, Burger King apologized and removed the ad.

I’ll use the Twitter pianist’s name because it was broadcast by every major news organization in the world, but please keep in mind that she’s not the villain of this story. The bad guys are the pseudo-journalists and their bosses. The young lady in question, Maria Mo, found herself besieged by angry alt-rightists who condemned her for getting the commercial censored, and cheering leftists who championed her for being the Asian MLK (for getting a burger commercial pulled).

Looking at Mo’s tweets from before the burger melee, you see someone who has a few racial “issues”:

Me: So I don’t think I want to date white guys anymore White guy friend: This is growth!

you’re a fucking white girl, you have no culture to switch from

PoC who think the term “PoC” is exclusionary or racist: u stupid

How can white neonazis look in the mirror and see their genetically diluted faces and think they are superior to me, a talented, funny, intelligent, beautiful, glorious queen of colour

When the global media turned her tweet into an overnight sensation, forcing Burger King to remove the ad, initially Mo was elated:

Yay. Suck on this racists. You don’t get your way, not today. Cry me a river

But her tweets from the week before the MSM made her a star reveal someone with deeper problems than an obsession with race:

So I am going off my antidepressant and trying medication instead, not Ritalin, smth else.

Lol I expected this but I forgot how sleepy the first week on meds is for me. Been yawning like crazy. It’s also hard to know if my moods will be better (if they get better) because of meds or because you feel like you’re doing something to help yourself, but whatever helps lol

This person with a delicate mental state was turned into a meme by conscienceless opportunistic frauds hungry for social media hits…just as she was changing medications. And those sociopaths knew this from her feed.

Soon enough, the international attention, the interview requests, the cheers and jeers, started taking a toll:

And then things got predictably worse:

So I think the weight of everything that’s gone on in the past few days has just hit me and I’m lying in bed tearing up. It’s probably fine but I just don’t feel safe.

I never asked for any of this.

The ad has been pulled, I’ve spoken to more media than I care for, and I’ve always appreciated my twitter being a safe place. As for: “I just want to discuss/talk about this” DMs – I’VE SAID MY BIT! You can find my takes on Huffpost, WaPo, CNN, BBC, the Guardian etc.

I’m just a fucking nobody who just sent out a tweet not knowing the shitstorm it was going to cause. Don’t @ me saying I did this for the attention. And no I did not get paid.

I need the international media to STOP REPORTING already. Friend sent me a screengrab of an Austrian paper. Just deleted an interview request from a Japanese tv programme (twice in two days). I JUST WANT TO GET ON WITH MY LIFE. I HAVE DONE THE MAHI [Maori for “work” or “accomplishment”]. How much more do I need to feel threatened about my security and privacy?

Proud of yourselves, media hacks? You got your story, you got your views and shares, and you got your “victory” when Burger King pulled the commercial. Sure, you jeopardized the mental health of the POC you were supposedly championing, but hey—nothing in the world matters more than you and your precious social media stats.

This is the moral bankruptcy of today’s “anti-racist” media. Whether turning videos of disturbed white women into viral sensations in the name of furthering the “racist white lady” narrative, or exploiting a tweet from an Asian woman struggling with mental health issues, these despicable monsters don’t care whose lives they ruin in the name of the almighty retweets.

I’m moved to write about this because I now realize what could have happened with Tressa had social media, and the vulture culture it’s birthed among so-called journalists, been around back then. As her schizophrenia grew progressively worse, had that op-ed I’d written under her name gone viral (thankfully, an unknown concept in ’01), she’d have been held up for ridicule and abuse by millions of people. Her private mental health battle would’ve become public.

The Burger King “racist” commercial saga is not about burgers and chopsticks. It’s about a callous media that thrives on posting new racism outrage stories every hour. One of these days this cynical cycle of exploitation is going to drive a mentally unstable person to commit suicide. And the worst part is, nothing will change as a result.