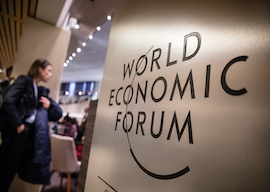 What accounts for The Great Awokening that began in roughly 2013? Why did vast numbers of white Democrats suddenly subscribe to theories that only Grievance Studies majors took seriously before?

Over the past few weeks, two academics working separately, Zach Goldberg and David Rozado, have documented how extremist The New York Times, once known as The Gray Lady for its decorum, became during Obama’s second term.

Quantifying the Times over time offers the single best way to measure increasing media wokeness because of the newspaper’s breadth and its influence on other journalists, who traditionally look to it for guidance on what they are supposed to be worked up over.

Sure, Carlos Slim had to bail out the Sulzberger family in 2009, but Slim, who has managed to extract an absurd amount of money out Mexico, is a very smart man. He’s done well off his investment, both financially and, more important, by ensuring that his monopolistic exploitation of his Mexican telephone customers wasn’t much covered by the Times and thus was generally considered in the U.S. to be Not News.

Goldberg and Rozado are more or less extending to a much larger scale the methodology I invented for my 2018 Taki’s Magazine column “The Emmett Till Effect.” I pointed out that you could graph The New York Times’ use of politically tendentious terms to measure how hard the propaganda machine was pushing particular themes.

“Goldberg and Rozado have looked at dozens of woke terms that suddenly in this decade exploded in usage.”

For example, Emmett Till was a black teenager murdered in the South in 1955 by whites, who were acquitted due to their white privilege. In 1980, the Times didn’t see any reason to mention Till, his having been dead for 25 years, whereas in 1990 his name came up twice, and in 2000 four times. But by 2017, a full 62 years after his tragic death, the name “Emmett Till” was referenced 72 times.

This winter, for example, the Times responded to the embarrassing Jussie Smollett hate hoax by cranking up the Emmett Till hubbub once again.

I’ve long argued that the chief problem of media bias is not “fake news,” but instead how The Establishment prioritizes what is news and what isn’t, what is emphasized in The Narrative and what is skimmed over. There’s an endless abundance of events in this world, so what makes the headlines versus what is relegated to the police blotter are politically important decisions.

To people who succumb to The New York Times’ worldview, Emmett Till is always late-breaking news.

Why? Because of course you hear about Emmett Till all the time! That’s because white privilege is the great issue of the current year.

And why is white privilege our central mania? Because of Emmett Till! Haven’t you ever heard of him?

I’m always pleased to see scholars carry on research I’ve sketched out. Goldberg and Rozado have looked at dozens of woke terms that suddenly in this decade exploded in usage, often by an order of magnitude, such as “patriarchy,” “mansplaining,” “toxic masculinity,” “whiteness,” “non-binary,” and “Islamophobia.”

We are all aware of the prevalence of Trump Derangement Syndrome since his election two and a half years ago. But according to Goldberg’s and Rozado’s research, most of the indicators began to turn up early in the current decade, before Donald Trump became an obsession. Trump, like Brexit, appears to have been more an effect than a cause of the bizarre center-left ideological evolution of 2013–2015.

For example, according to Rozado’s new Media Analytics website, which graphs how often a word appeared in the Times from 1970 to 2017, the word “trump” only began to increase in 2015, before shooting up to insane levels by 2017.

In contrast, the recent low point for usage of the word “racism” was that innocent year of 2011. But then, according to Rozado, the NYT began to use “racism” about 20 percent more often in each year from 2012 through 2014, followed by huge jumps in 2015 and 2016. By 2015, “racism” as a percentage of the total words printed in The New York Times was appearing three times as often as in 2011.

Was racism really three times as bad in 2015 as in 2011? Of course not. The New York Times had merely decided to honk the racism horn three times as loudly.

That’s a big question. I can think of quite a few possible answers, but I don’t know which one was most important.

Perhaps these trends are just part of a larger set of conundrums about why the world went off the rails in the middle of this decade after seemingly weathering the fallout from 2008. Most strangely, of course, the previously highly rational chancellor of Germany, Angela Merkel, suddenly decided to invite in a million marching Muslims in 2015.

In his new Tablet article, “America’s White Saviors,” Goldberg points the finger at the rise of social media:

Thus, by all indications, the first half of this decade appears to have been a watershed for white liberal racial consciousness. The picture that emerges from the various points of data is one in which white liberals and social media created a kind of outrage feedback loop. White liberals started spending ever increasing shares of their time in a medium—social media and internet news sites—at the same moment that, for multiple reasons, that medium produced a higher volume of race-related moral outrage stories relative to other forms of journalism.

But was lowly social media the driving force? Or was it that the old prestige media, such as The New York Times, was using its Megaphone to promote the dumbest ideas on social media? For example, the Trayvon and Ferguson fiascos were due to The Establishment taking Black Twitter seriously.

Now, you know and I know that you can’t trust Black Twitter to get a story straight. But has The New York Times learned that lesson yet? If you were an NYT editor, would you dare point out that excited black people on Twitter have an unfortunate record of getting stories disastrously wrong? Or is that just laying your neck on the chopping block for your ambitious underlings?

Another possibility that has been mooted is that the birth of wokeness, which I recall as beginning in early 2012 with Obama declaring Trayvon to look like the son he never had (although in reality the triracial George Zimmerman looked far more like the son Obama might have had with his half-white/half-Asian girlfriend Sheila Miyoshi Jager) was a devious response to Occupy Wall Street in late 2011.

The conspiracy theory is that the emergence of a socialist protest movement three years after the economic collapse of 2008 terrified the rich. But they noticed that Occupy was easily distracted from its class warfare by its urge to indulge the perpetually wounded feelings of the “progressive stack.” The more intersectional Pokémon Points that would-be speakers possess, the more likely they are chosen to orate.

Rich white guys, who aren’t dumb, would have quickly figured out that their biggest worry is not-rich white guys. In contrast, privileging more intersectional personalities, such as black women, tended to get leftists sidetracked from discussing confiscatory taxes into passionate diatribes about how white Beckys were dissing their Afros.

This theory that Woke Capital cynically conspired to divide and conquer economic leftism by promoting the Great Awokening sounds plausible enough. Certainly, Bernie Sanders feels that now-fashionable notions like reparations and open borders are millstones around the necks of any Democrats’ seriously hoping to stick it to the billionaires.

On the other hand, clever as this would have been, I’ve never uncovered all that much evidence for it. Or if this did happen, Woke Capital was less the result of a cunning conspiracy than of rich people reading The New York Times and fooling around on social media, same as everybody else.

The word “intersectional” didn’t appear in the Times until 2015, well after crime-fighting billionaire mayor Michael Bloomberg had Occupy cleared out by the NYPD in November 2011.

This conspiracy theory would make sense, but there’s little documentation that even the richest are skeptical enough of the reigning dogmas of their age to quickly come up with a response. Perhaps there is no Inner Party who actually understands the system under which they have flourished.

Still, additional research into the doings of globalist capital might answer this question. During the Cold War, the meeting that brought capitalists and statesmen together in secret was Bilderberg. It’s still going strong, but it has been supplanted by the publicity-crazed Davos conference every January.

For anybody interested in researching trending fads among Woke Capital, Davos generates vast numbers of web pages annually. But just don’t ask me to read through them. One look at Davos’ annual themes, such as 2013’s “resilient dynamism” (or perhaps “dynamic resilience,” I forget), and my eyes glaze over.

So I shall leave that inquiry to scholars more resilient and/or dynamic than me.