The First Rule of White Club 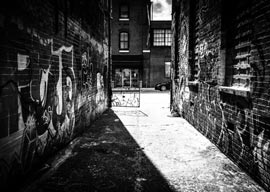 I have found that, in the African-American oral tradition, if the words are enunciated eloquently enough, no one examines the meaning for definitive truth.

America’s foremost public intellectual, Ta-Nehisi Coates, has published a new best-selling minibook, Between the World and Me, that’s interesting for what it reveals about a forbidden subject: the psychological damage done by pervasive black violence to soft, sensitive, bookish souls such as Coates. The Atlantic writer’s black radical parents forced the frightened child to grow up in Baltimore’s black community, where he lived in constant terror of the other boys. Any white person who wrote as intensely about how blacks scared him would be career-crucified out of his job, so it’s striking to read Coates recounting at length how horrible it is to live around poor blacks if you are a timid, retiring sort.

Coates” lack of physical courage is a common and perfectly reasonable trait, although writers typically cover it up. For example, Hunter S. Thompson transmuted his recurrent paranoia about impending carnage (which beset him even in venues as family-friendly as the Circus-Circus casino) into hallucinatory comedy in Fear and Loathing in Las Vegas.

Coates, however, is humorless. Worse, his fans have encouraged him to believe he is the second coming of James Baldwin, egging him on to indulge in a prophetic-hysteric-postmodern style that is easier to parody (e.g., just repeat endlessly the phrase “black bodies“ and the distractingly stupid formulation “people who believe they are white”) than it is to endure over even the course of Coates” very short second autobiography. (As with the president, both of Coates” books are memoirs.)

“Coates has thus elaborated a theory of history in which everything bad ever done by blacks is the fault of American whites (whom he describes”metaphorically, I hope”as “cannibals”).”

White writers have seldom had the courage to confess their fear of black violence so fully, at least not since 1963, when Norman Podhoretz responded to the hullabaloo over James Baldwin with an essay about growing up in Brooklyn in the 1930s and 1940s:

And so for a long time I was puzzled to think that…Negroes were supposed to be persecuted when it was the Negroes who were doing the only persecuting I knew about”and doing it, moreover, to me…. A city boy’s world is contained within three or four square blocks, and in my world it was the whites, the Italians and Jews, who feared the Negroes, not the other way around. The Negroes were tougher than we were, more ruthless, and on the whole they were better athletes…. Yet my sister’s opinions, like print, were sacred, and when she told me about exploitation and economic forces I believed her. I believed her, but I was still afraid of Negroes.

In the 52 years since Podhoretz’s “My Negro Problem”And Ours,” overwhelming evidence has piled up validating the prescience of his boyhood traumas at the hands of black juvenile delinquents. But it’s precisely because the scale of black violence over the past half century is so blatantly obvious that white intellectuals have been largely self-silenced on the topic”even as the most cunning minds among today’s liberal whites plot to reverse the mistake their grandparents made in fearfully ceding much of the best urban turf to black criminality.

The central real estate question of this century has become: How can big cities drop their hot potato of poor urban blacks in the laps of naive suburbs and small towns? That helps explain the unhinged reaction among elites to Donald Trump publicly pointing out that Mexico isn”t sending us its highest-quality citizens to be our illegal aliens. The unspoken plan is to continue to use the more docile Hispanics newcomers to shove the more dangerous African-American citizens out of desirable cities; thus, only a class traitor like Trump would dare allude to the unfortunate side effects suffered by the rest of the country.

Despite all the violence Coates has suffered at the hands of other blacks, his racial loyalty remains admirably adamantine. Thus, his ploy, as psychologically transparent as it is popular with liberal whites, is to blame his lifelong petrified unhappiness on the white suburbanites he envied for being able to live far from black thugs.

Unfortunately for Coates” persuasiveness, white people, unlike blacks, have never actually done anything terribly bad to him. The worst memory he can dredge up is the time an Upper West Side white woman pushed his 4-year-old son to get the dawdling kid to stop clogging an escalator exit. She even had the racist nerve to say, “Come on!”

Coates reacted as unreasonably as a guest star on Seinfeld would. Ever since this Escalator Incident, he’s been dwelling on how, while it might have looked like yet another example of blacks behaving badly, it was, when you stop to think about slavery and Crow (not to mention redlining), really all the fault of whites.

The central event in Between the World and Me is the fatal shooting in 2000 of an acquaintance from Howard U. by an undercover deputy from Prince George County, the country’s most affluent black-majority county. Coates refers to this tragedy repeatedly as proof of America’s demonic drive to destroy black bodies. (The dead man’s family, I found, was eventually awarded $3.7 million in their wrongful-death suit, much like the $3 million awarded to the parents of a teen gunned down by an undercover Obama Administration agent in a shooting that I investigated in 2010. You have never heard of my local police blotter item, though, because the victim was white.)

And sure enough, the Carlton Jones who shot Prince Jones turned out to be black. Coates eventually gets around to briefly admitting that awkward fact, but only after seven pages of purple prose about people who believe they are whites destroying black bodies.